…the day you discovered the Internet

Well, I got a computer in 1999…and was WAY too happy to be able to finally get on the net. I actually spent less time on the net and more time researching fun things. I had a love for surnames, so finding out what names meant had me geek-ed!

That computer was short-lived…some refurbished piece of shit that bit the dust. So, we got the PC of the moment…a Gateway. I got Britannica-wasted the first day. lol

I want to say that I truly got introduced to the internet in 2000. I found my sister online via AOL and she introduced me to chat rooms. LORDY BE, LORDY BE!!! That is the LAST place Kali needed to be. There I was in a chat room full of racist fools, hissing racial slurs and racial supremacy and I was NOT the one to fuck with. One dude was LIVID, I tell you…because I told him that Black people were NOT the true monkeys…White people were. I told him that take away the black hair and he’d see his grandfather. Small brains, larger cranium, white skin, big ears, thin lips, elongated torso, short pelvis and legs, extremely long digits and a barely there nasal passage…and VOILA…Grandpa Whitey! He left that chat room so quickly that I heard an e-door slam. LOL I told him that Black people had BIGGER brain mass, smaller cranium, shorter torso, longer legs and shorter arms. That we had natural melanin and less body hair, therefore…the primate known as a monkey was more HIS folks than mine!! hahaaaa

I had fun terrorizing racist and sexist assholes…it was QUITE the therapeutic outlet for a woman going through a tumultuous domestic abuse situation. I left my dripping venom on many a fool in those days. I traversed the chats and Black Voices scene, barely meeting anyone…just reading to see if I WANTED to.

Finally, my true segue into social media came via MySpace on 2006 when I got a page to my god-sister’s urging. It was also the year that I got SUPER cat-fished. The drama was STILL one, that to this day leaves me looking over my shoulder. 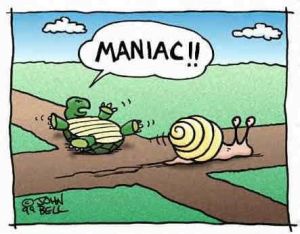 I don’t know WHAT the hell is going on, but it seems that my online situation has gone haywire! I cant sign into Multiply.com…keeps saying that they’re doing maintenance and upgrades, which they’ve been doing for a day and half almost. Then for some reason my computer was running extremely slow…which I figured out that its FIREFOX…the damn browser I chose over IE is the reason why things are going in slow motion. So, I closed out of that and am now using Internet Explorer which sucks, but happens to be sucking less off the pipe than Firefox right now. LOL
I want to write SO badly. I need to finish my series “1st Love, 2nd Chance…3 Hearts” which made it all the way to part 4, only for me to lose my muse. A lot of people were pushing for me to finish…but, I’m sure they’ve lost interest now. I know I have…lol.
I’ve also got 2 people on my mind, who are kinda worrying me. They’re both dealing with loss. One from long ago…the other from this past week. Either way, they’re hurting and I haven’t been able to contact either. *sigh* I hate it that they’re hurting and I cant help. So, all I could do was step back and wait for them to reach back out…well, that will only fly for another day or I’m calling ANY damn way! (sorry guys…cant let you alone TOO long).
The weather is finally heating up…but um…damn. Could we have SEGUED into summer? Don’t go from low 60’s to high 90’s…dang. LOL (Thank God for AC)
Other than that, I’m just kicking it. Relaxing a little and trying to get my mental and financial together for my upcoming trip south.
Happy Sunday!