What is the most romantic location you would want to visit?

Well…I’ve always wanted to go to Hawaii, yet I found myself intrigued with the beauty of Bora Bora. Tahiti seems SO beautiful… 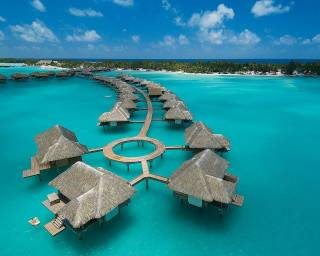 That is FABULOUS!!! I would love to see the sea through my floor…

I could wake up to this several days in a row with NO problem…
Splashing around with a boo, getting it in on beaches and what not. Yes indeedy…I’d be in Heaven! I can’t even imagine the pictures I’d come home with, given a chance to visit this place…
Those little huts…look all rustic on the outside, but are so luxurious on the inside. That’s my kinda shit! lol Giving you that island feel all while providing you the comforts of a wonderful hotel.

~in awe~
I couldn’t go wrong romancing my special him in a place like this…not at all. ~daydreaming~

Recreate your most romantic date (a real one)…

See, ANOTHER damn instance of me creating questions without myself in mind. SHIT.

I’ve been in a couple significant relationships in my life…guys I can say I was in love with and felt we’d be together forever. One relationship spanning almost the entirety of my 20’s…but, never a truly “romantic” date was experienced.

Let me just say, I think that a romantic date doesn’t HAVE to have candles, dinner, music, walks on the beach, etc. Romance is not the event…it’s the INTENT. It’s, “Baby, I made you dinner…it burned a little…but I made it for you and bought your favorite wine and sorbet…”. Romance is the result of having listened to your mate and showing them that you’re listening. It’s not a plot to get out of something you’ve done wrong. It’s not an attempt to keep them from “bitching”. It’s not a once-a-year commercially induced ploy to get some extra nookie. It’s reminding them that they mean the world to you by giving them something that is private, intimate, and personalized.

I’ve never been to an exclusively romantic dinner…

I’ve had nice things done for me sporadically…wouldn’t call them “romantic”.

I’ve never had a man, plan a day around me…do something especially for me…aver his love for me in a special way…ever.

I’ve done romantic things for others though…so maybe that’s it. The romantic dinner I had…was planned BY me, for my ex and I.

It was our 1st anniversary. I spent all day cleaning and cooking (we’d just moved in so I had a lot to do). I made him Turkey Wings, Homemade Mashed Potatoes, and Skillet corn…and a yellow cake w/chocolate frosting. I bought some Vanilla Haagen-Dazs…and made sure when he got home everything was ready and perfect. That particular night…I knew that Whitney Houston was having a concert on HBO from South Africa…and quite appropriately…she sang one of our favorite songs, “Lover for Life”.

He enjoyed the meal and the dessert…and the concert…and me. LOL So yea…that’s my romantic date. 🙂

(See how sometimes you’re learning the perspective of things? I saw how I’d been thinking of being romanced instead of romancing and hadn’t given thought to a moment that was indeed tender. Even if it was me who had to initiate it 🙂 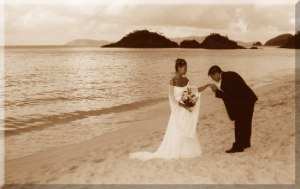 Romance, is defined in novels by poetic mack lines, flowers for smiles, serenades of seduction and promises of forever. It’s cheekily repetitive in cards, stuffed animals and online graphics…yet, the truth of romance is lost on a lot of people.

First, let’s research romance. Romance is defined (ref. Merriam-Webster’s Online Dictionary) as: a medieval tale based on legend, chivalric love and adventure; a prose narrative treating imaginary characters involved in events remote in time or place and usually heroic, adventurous, or mysterious; a love story especially in the form of a novel. So from the FIRST definition, we conclude it as being a tale or story based on things spread by word or writings about love and chivalry. Chivalry is certainly on a respirator if not already pronounced dead. It’s not even about opening doors and allowing ladies to pass first, as much as its about men being men. Taking the lead in a traditional sense, allowing for women to feel protected, cherished and cared for by their own personal knight. We live in a day and time where a man wants a woman who has her own. Sounds like he wants the package already wrapped and bow-tied, right? Whatever happened to a man going out and putting his physical body on the line to provide for a woman worthy of bearing his last name?

Then, we get to the SECOND description which puts romance definitely as writings, but dealing in fantasy. Mostly, in this form…romance is that idyllic story told of characters who cannot even remotely corroborate the beauty of such a love told. It’s strictly to be believed…for the awe of what could be. The THIRD explanation of the word romance also tips towards heroic sagas narrated, most likely in the 2nd person…telling of fairy-like obstacles surmounted in the name of love’s honor.

When you read all of that…what comes to mind? The Harlequin romances? Soap Operas? Movies like Titanic and The Notebook? The stories of love harrowed by time, circumstance and tragedy…made to beautifully capture the essence of an old cliche: “Love Conquers All”. I myself have never been so sweetly “romanced”…by ANYONE. I’ve received flowers by a lover ONCE and cannot remember a time when any man cooked for me with the intentions of it being all about me. I have never experienced candlelit meals nor breakfast in bed (well once, but that was because I was sick). Yet, is that not romance? A man who would know that his woman is sick and rather than leave her alone, he’d tend to her and make sure everything she needed…she had? Someone who would do her laundry and shop for food or buy her feminine products shamelessly? If romance is that “extra” mile…to prove love…to aver feelings of dedication…then aren’t those things possibly romantic?

Does romance HAVE to come in the form of a bouquet of flowers? (Even though I’m a sucker for a vase of tulips, gerbera daisies, roses or lilies). Isn’t romance, calling your paramour in the middle of the night and whispering as she falls away to slumber, “I love you”…fostering dreams of you? I DO sometimes wish to be wooed conventionally at times. Flowers, music, candles, poetry or prose written for my ears only. I also KNOW that romance can be as simple as a man fighting to prove his love, refusing to allow you to believe anything other than you are special, confessing undying love and letting the love of your life know that there is no other that compares.

To me…romance is the dance of inspiration that shows…SHOWS your lover how much they mean to you. I will leave you with a quote I found on the page of my sister’s friend: