…a day you’re currently planning for

I can’t say I’m planning…as in moment by moment. I do have a goal that involves my overall business.

I actually am in the middle of writing several things at once…including the sequel to the finished novel.

I’m currently trying to nurture Fancy Face Kreations, so that too, is a goal of mine. To broaden my business connections, learn more tools to my trade and become a known name in my field. I never even thought I’d be doing it, but here I am…and good at it 🙂

I’m praying that I can catapult myself into self-sufficiency…to the degree that I can afford to do the things I’ve longed to do, such as travel and experience new things…to find inspiration for each of my crafts including photography.

So that’s it. lol

Looking back on your life…who taught you the most about what love is/isn’t?

Wow…again, where did I get these effin questions? I was truly on a roll with my curiosity. ~sigh~

I’ve learned what love IS from some of the same people I’ve learned what love isn’t! Growing up around my maternal family vs. my paternal family was an extreme in concepts of how you raise, discipline and love. My moms family believed in spankings, lectures and punishments. My dad’s family believed in love and support, soft reprimanding and lots of hugs. Interesting thing is…my mom’s siblings are mostly married with children who’ve either gone onto college or maintain jobs and take care of their children. My father and his sibling were both subsequently exposed to addictions to alcohol and drugs. There were at times domestic violence where they (siblings) fought and at times became belligerent toward my grandmother (RIP).  I suppose the conclusive argument would be that my mom’s family and their stern hand approach, produced more fruit than the other side’s lenient lifestyle garnered.

My maternal grandmother wasn’t and isn’t particularly emotional…and wasn’t big on “I love you’s”. She was quick to call you “no good” the moment you messed up and at times could be unduly harsh. I still love her though, because I realized as an adult that you do what you know. My paternal grandmother was more praiseful and encouraging. She told me she loved me every time we parted or ended a call. She preferred “see you later” over “goodbye” because she hoped to see you or hear from you again. While learning two different types of love…tough love and appeasing love…I would like to think I’ve become a happy medium of the two.

I also learned a lot from my ex, Ali. He taught me that love isn’t always romantic affection. He taught me that love is responsibility, provision and protection. He knew he’d taken on the responsibility of caring for me and that my parents were looking to him to prove that he wasn’t the older man taking advantage of their young tender and inexperienced daughter. He worked almost every day of our relationship, give or take a moment or two between jobs. In 8.5 years…we only reached our hand out twice for help. In the beginning…and in the end. Ultimately, God had other plans for us both and no matter how much  he wanted to maintain us…our situation gave way to us being parted. Through the emotional and sometimes physical abuse…I can say that he tried his hardest to make a home with me. He just couldn’t shake his own demons of addiction. I did learn how one loves another enough to take care of them…I’ll never take that away from him.

I learned from my other ex, Jamie…that love isn’t lies and subterfuge. Vulnerability is a key component to being free enough with someone to be yourself in a relationship. A love relationship is supposed to make you feel like you can do anything because of the person by your side. You should never feel the need to mask yourself or put on airs about who you are. He would probably say he didn’t lie. He’d protest that I was wrong and that he was honest and forthcoming about everything…and he’d be lying. I pray that one day his lesson is learned and that it isn’t learned in the worst way possible. Some people don’t take kindly to being fucked over and made a fool of. Some folks ain’t wrapped tightly and will react in a deliberate and sometimes final way. Not saying I’d ever do that, but everyone ain’t me. He also taught me to love people through their shit. He was at times a little snobbish when it came to situations I discussed with him. I looked up one day and realized that my then “baby” could be a complete asshole…and I loved him anyway. lol

I’ve learned love is and isn’t what you’re willing to do and not do. Tolerate and not tolerate. Your foundation has to be Rock of Gibraltar strong…something like a force to be reckoned with. You can’t waver and ask for consistency. You can’t be unsure and ask for certainty. You can’t ask for qualities you don’t possess.  Whatever it is you desire or look for in love…you should be an infinite pool of love reflecting it back to the world. Also, you shouldn’t just reflect the surface. Don’t be muddied and thick. I pray that the love I’ve learned will cause me to be a still pool mirroring back love…yet being clear enough to see your way to my depths. No one likes jumping in and miscalculating the depth, the temperature, or what’s underneath. 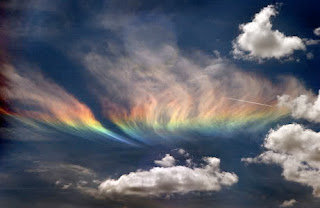 
I remember going to FDR park here in Westchester County one summer. My mom and her friends would jump in the cars and ride to a park for barbecuing, music, swimming and for their kids to run free outside the urban setting in my hometown. This particular time I decided to walk the edge of the pool. Not cognizant that the pool slopes…when I got to the 10ft part…I sunk. I grabbed at the edge and missed and went under. I was drowning. A lady who I’d passed along the way saw me sinking and quickly grabbed me up. She saved me. I had wandered so far from my mom’s reach and from other adults. I could’ve gone unnoticed…but, God sent that woman to grab me up.

That’s how I view God’s work. He grabs me up by someone I didn’t expect to have even been watching. Someone will come from SOME where and lay on me a word to witness something I’ve been praying on. A name spoken ends in a call…a thought results in an impromptu visit. Everyday people come into and leave my life and they represent some message God has for me.


Between his omniscient eye and my praise of Him through prayer…I’m here. Make no mistake…I’m here 🙂