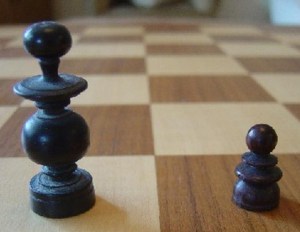 What am I talking about? BULLSHIT…PURE unadulterated, nonsensical, unnecessary bullshit.

I know a dude who has been separated from his wife for 2 years. In that time…all of those legal terms above have been used against him. In SPITE of his wife’s incessant emotional and psychological torment…he wanted to reunite. He did everything she asked to prove himself. She lied to the courts and said he was a danger to himself, he had threatened suicide and that she was afraid for her son’s safety with him. The courts made him take a psych test…which he passed. Unfortunately, he was appointed supervised visitations…meaning if he sees his kid…he has to see her too. THEN, when he finds someone else…moves on, files for divorce due to abandonment…she becomes this maniac, stalking him and the girl…showing up at his house at inordinate times of the day or night. Going from Ms Bitch on Wheels, to Merriest Homemaker. TELL me that’s not the craziest shit?

I personally feel like she is wielding her power…recklessly I might add. She’s already taken dude to the cleaners (because since he isn’t divorced his income still gets allotted to the household). She’s controlling when he sees his son…if at all. She knows his family has an open-door policy…so she comes in and out freely now that she suspects she is losing control over him. All of this is because he’s chosen to go through with the divorce she never thought he’d ask for. She is confrontational…looking for reasons to get into it with him and his new interest…yet, throughout the marriage (of 8yrs) she’s been openly disrespectful…allowing men to challenge her husband’s position…leading him to believing strongly that she’s been sleeping with at least ONE person. SO…wtf?

THIS is why I say, when you’re in a situation that is drawn out like psychological/emotional warfare between you and an ex-spouse/lover (esp. one that is headed to court) you should DOCUMENT EVERYTHING! Like a journal. Every time something happens out of the ordinary or out of that person’s character….or just an unstable behavioral pattern…write it down.

The judge WILL look at all inconsistent activity. If a person is saying in court, “Your Honor…this person is harassing me”…but the records point towards mental game playing and THAT person initiating conflict…esp. ones that led to filing of false reports…the judge will not take kindly to that.

Basically, you have to be willing to take certain things into your own hands. If you allow for a person to think that just because they’re not being watched by an officer of the court…that they can do malicious things to you…they will continue to do so. You have to be proactive with 3 major things in life…education, medical doctors, and the law. Not only will the courts possibly see a factor that isn’t visible to the naked eye…but they will respect the process. The time and energy you took to build a case and come full throttle in the courtroom, instead of half-assing and playing tiddlywinks on the taxpayer’s dollars. An organized case makes for speedy decision making. I think it is time well spent…especially where children are involved.