I come bearing the gift of inspiration…Lord knows “I” need it. I’ve been immersed in the graphics and designing aspect of my craft, leaving little room for my Literary Muse to perch anywhere near me. She’s seething about it, too. lol

See, what had happened was…my girl Mahogany Dymond (my Tracy) asked me to get another challenge together. Something using words. Cool, I GOTCHU Mah!! I GOTCHU!!

The “30 Days of Word Association Challenge” will commence on the first of October. (The same month as National Blog Post a Month Challenge; which I’m simply giving a more FOCUSED name to).

We’ve held several challenges around here, for those not familiar:

(Beware on that last one…you might not be ready for that kinda truth from me and my girls. lol)

Either way, we pride ourselves on trying to do something different using writing as a vehicle. This time the challenge is centered around word association. I will post the rules on the first of October so that we can get it started. THIS IS A WARNING SHOT! This is basically a call to duty! lol

This gives participants a chance to mentally prepare for the upcoming challenge and also time to invite other bloggers along for the ride. We’re a community, so we do our best to SUPPORT each other’s daily efforts. We’re each other’s checks and balances. If you think for ONE moment you can’t do it for lack of time, energy or interest…don’t even bother. YET, if you need a fire under your ass to exercise your writing chops…we’re your crew! 😉

In the meantime…check out the other challenges and see what we’re made of. “Dem Challenge Takers” are on the side of the blog entries on this page. ENJOY!!

…a day you’re currently planning for

I can’t say I’m planning…as in moment by moment. I do have a goal that involves my overall business.

I actually am in the middle of writing several things at once…including the sequel to the finished novel.

I’m currently trying to nurture Fancy Face Kreations, so that too, is a goal of mine. To broaden my business connections, learn more tools to my trade and become a known name in my field. I never even thought I’d be doing it, but here I am…and good at it 🙂

I’m praying that I can catapult myself into self-sufficiency…to the degree that I can afford to do the things I’ve longed to do, such as travel and experience new things…to find inspiration for each of my crafts including photography.

So that’s it. lol

I’m SO psyched!! I’m excited (and moderately nervous) about the anthology I am a part of with three other very talented (and equally cool ass) ladies.

So, I’m PROUD to say that today, “Summer Heat” was released to be viewed via eBook format (free) to the public.

Butterflies in Motion by Perri Forrest

Shaken and Stirred by Sable Jordan

Please give us some feedback and let us know what you all think. I’m very excited and proud to have the opportunity. THANK YOU SO MUCH, Sable, Kat and Perri for bringing me along for the ride!!

Being the chick I am…I love love. Not just romantic love, but LOVE. True human love, given to one another without condition and fears. I have NO issues with love…just people. lol

My hope, is that within this challenge…there will be epiphanies and bright light bulbs popping off within each participant. When I did my FIRST truth challenge (click here), it was enlightening and helped me get through and over a few things. This erotic challenge is also showing me parts of myself. Those things that I didn’t consider or had skewed views of have definitely been presented to me in different ways from reading the blogs of 5 other women who have consistently and steadily kept up. (We excused 2 bloggers, Almond Joy and Diva Processor for trials and tragedies unforeseen).  You can catch up on those other wonderful ladies and their truths in links listed below.

I will create a banner for the challenge and once I post the list…the challenge is open to anyone who wants to join in. Pass it around, Join in…or just read what others are confessing. Either way…it’s going down. Soon!!

Epiphanies and Musings by Afrodeezha

In My Thoughts by Mahogany Dymond

The Sun Room by Sundae Simpson

Let me first THANK Ms. Katlynne aka Ms. Downlow herself, for being such a support system. She rocks like spiked stilettos!!

Not only has she been an encouraging force since we made acquaintance on her blog “My Downlow Life“…but she’s penned TWO books and given me the biggest compliment you can give someone…public accolades. lol

Needless to say, each time I read her “Thank You’s”, I was blown away that she felt inclined to put in print, her appreciation for me as a friend and fellow author.

If you look onto the right column on this page and scroll down, you’ll find a picture of her first book, alternatively titled, “Life on the Low: Creepin’ with Hip Hop”. Hit that. GET that and READ that. The first book takes you through the story’s damsel-turned-vixen, Katlynne’s life. Her life as a law student and wife…and all the drama that ensues when her nearly perfect existence is turned around. You feel her, you root for her and at times…you wish you WERE her. Who wouldn’t want to go from living a life of pulling yourself up by your boot straps…to being thrown head first into the surreal life of celebrities? She makes you feel it!!

The Sequel? Wow…I started this book at almost 10am on a Saturday morning. I did NOT turn my TV on all day until I had finished sometime around 7pm. That includes cat naps and a meal or two. The sexiness of BOTH books is hot enough to make you want to conjure up a lover on the spot. I think I “cricketed” my way through the entire read. LOL

I was more than happy with the book and the ending was FIRE!!! I mean, FIYAH!! I am now tapping my fingers waiting for her to pull the THREEQUEL out of her ass. LOL

Click the pic of the cover to send yourself to Amazon and pick it up!! 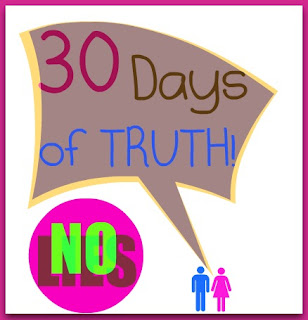 
[Jay-Z Rap]
I used to run base like Juan Pierre
Now I run the bass hi hat and the snare
I used to bag girls like Birkin Bags
Now I bag B ([Beyonce:] Boy you hurtin’ that)
Brooklyn Bay where they birthed me at
Now I be everywhere, the nerve of rap
The audacity to have me whipping curtains back
Me and B, WE about to sting
Stand back


YES! That whole intro (and the name of the blog and song) is PERFECTO!


VERY soon, a blog challenge inspired by the previous 30 day TRUTH challenge that a few of us participated in…will come about for the erotically inspired!


My girl BE is working on a 30 day challenge of truth for the oh so sexy in us. You will be getting a full post of the 30 topics to be blogged on and if you have a regular blog…you may be inspired to either spice up your regular one…or create a special one like BE’s and mine: Almond Joy’s Sweetness and Passion’s Fruit isn’t for the weak…you WILL go into suga’ shock messing with us. LOL

Lately my mind has been everywhere. I’ve got so many ideas that I can barely focus. There are SO many stories, blogs, poems, etc…swimming around in my mind’s pool…that I can’t focus on how to get them out one at a time.

So, hopefully…I won’t become TOO scattered that I can’t come and give my readers a quality look through my Kaleidoscope. I also am trying to reinvent my cooking blog “da Kween Can Burn“…and considering getting the Kween’s Kouch up and running on Blogtalkradio. I hear they need some quality shows. LOL (kidding).

Hang in there with me guys…I promise I wont fade into the dark or melt away. If I have to come here and give you all an update blog, I WILL remember to come to my base blog and give love.

In the meantime…don’t be shy…stop by the above highlighted blogs and leave your feedback there or here in the below comment section. Let the kween know if she’s keeping it royal! 😉